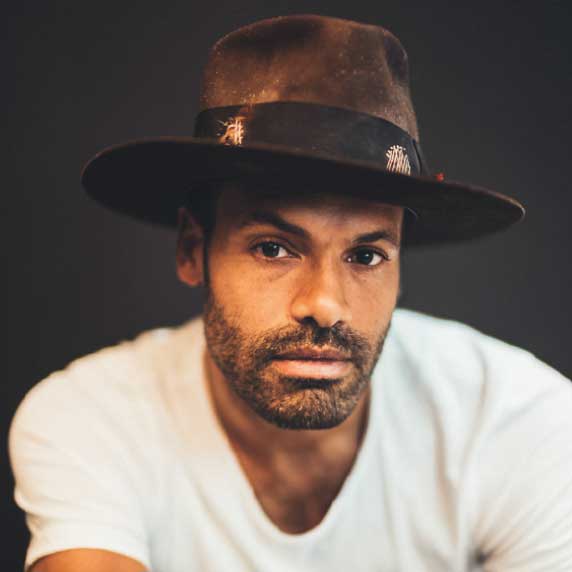 Singer, guitarist, composer, producer, and most of all: musician in heart and soul. Alain Clark’s presence in the Dutch music scene can no longer be denied. With his fifth album in the making, the artist can look back on a big selection of hit singles, platinum albums, a cabinet well-stocked with awards, and memorable performances at international festivals such as San Remo, Montreux Jazz, and the Reeperbahn Festival, in addition to prestigious stages such as North Sea Jazz and the Royal Concertgebouw in Amsterdam.

Alain Clark is one of the most successful Dutch singers. For his untitled debut album he sang in Dutch, but Clark’s definitive breakthrough came with the album ‘Live it Out’ (2007), which was completely in English. This album was known for its big hits such as ‘This Ain’t Gonna Work’, ‘Blow Me Away’ and ‘Father and Friend’, which he recorded with his father, Dane Clark. In 2009, Alain Clark performed in the supporting programme of ‘Symphonica in Rosso’ with a legend in the music industry, Diana Ross. In 2010 he released his second English album, ‘Colorblind’.

Then followed the albums ‘Generation Love Revival’ (2012) and ‘Walk with me’ (2014). Alain also landed a deal with an American record label. He worked for 2.5 years in Los Angeles, which led to the release of his album ‘Bad Therapy’.